The family is dedicated to the indigenous Greek black pig breeding in gregarious form.

The black pig breeding is passed on the third generation of the family, George Fotiadis, who is the father of the current owners.

A mountainous pasture of 300,000 m2 is incorporated in the farm.

The wild boars of Fotiadi’s Farm, due to the ideal pasture and the plant-based feeding, stand out for their flavor and quality.

The construction of the modern factory of 1,200 m2 for processing and producing meat is completed.

An investment project of 1,450,000€ in machinery and production lines for deli meat is completed.

Fotiadi’s Farm participates in the European program “Qubic” which is about the dissemination and maintenance of the Mediterranean Black Pig.

A special analysis made by CERTH ascertains that the existence of omega3-omega6 fatty acids in special-fed Black Pig’s fat is 58 times higher than the conventional pork.

The invention of special feeding with olive is submitted to IPO.This completes the registration of perhaps the most MADE IN GREECE product.

The company Farma Fotiadis proceeded to the implementation of a program amounting to 420,000 € for the supply and installation of light-tube systems for the lighting of production and storage areas.

Impressive percentages of polyphenols in the meat of Olympus Black Pig. Analyzes of Α.Τ.Ε.Ι. Thessaloniki 335% more polyphenols than conventional pork. 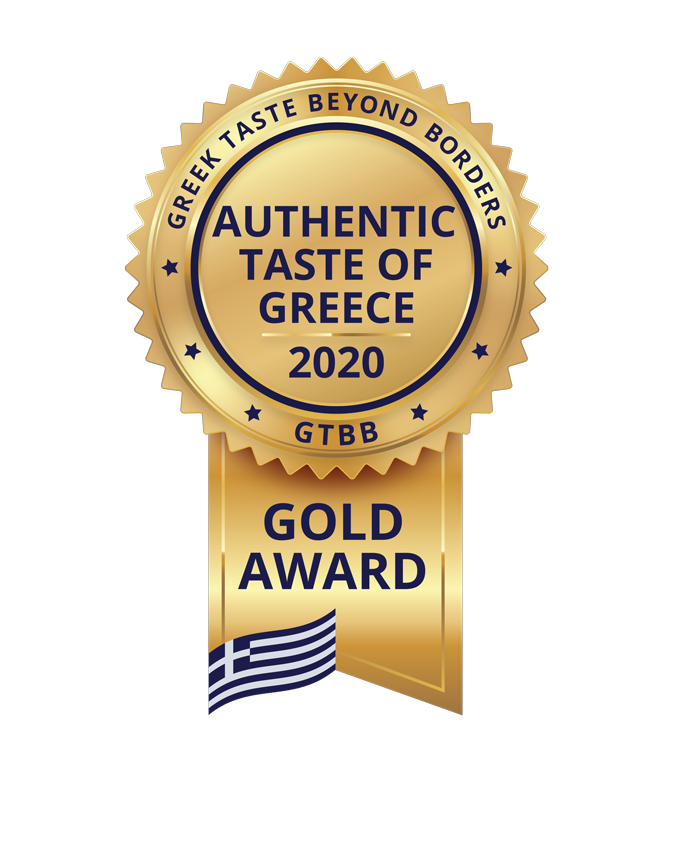 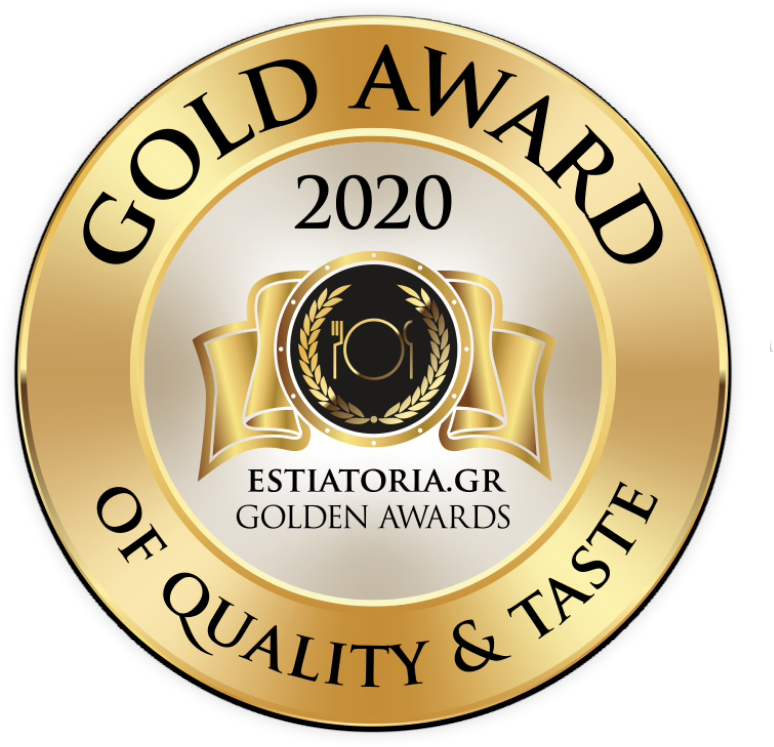 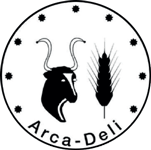 Our family since 1925 is inextricably linked to pig farming, this tradition has continuously reached the 5th generation. We consider the revival of the Greek Black Pig to be our moral obligation because we walked with this pig from 1925 to 1998.
We feel grateful for the valuable scientific support and research of the professors: Argyriou Anagnosti (EKETA), Ambrosiadis Ioanni (AUTh), Tzika Eleni (AUTh), Ioannina Elias (AUTh.) And the late Alexopoulos Konstantinos (AUTh.), Without their help we would not have the current results in the special olive breeding.
The main purpose of our company is the production of Greek alternative and quality meat. With respect to the consumer, we raise our animals in their natural environment with plant foods, observing the strict rules set by nature. 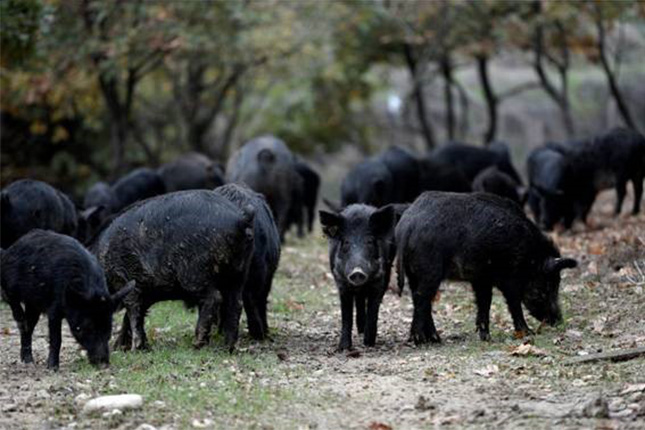 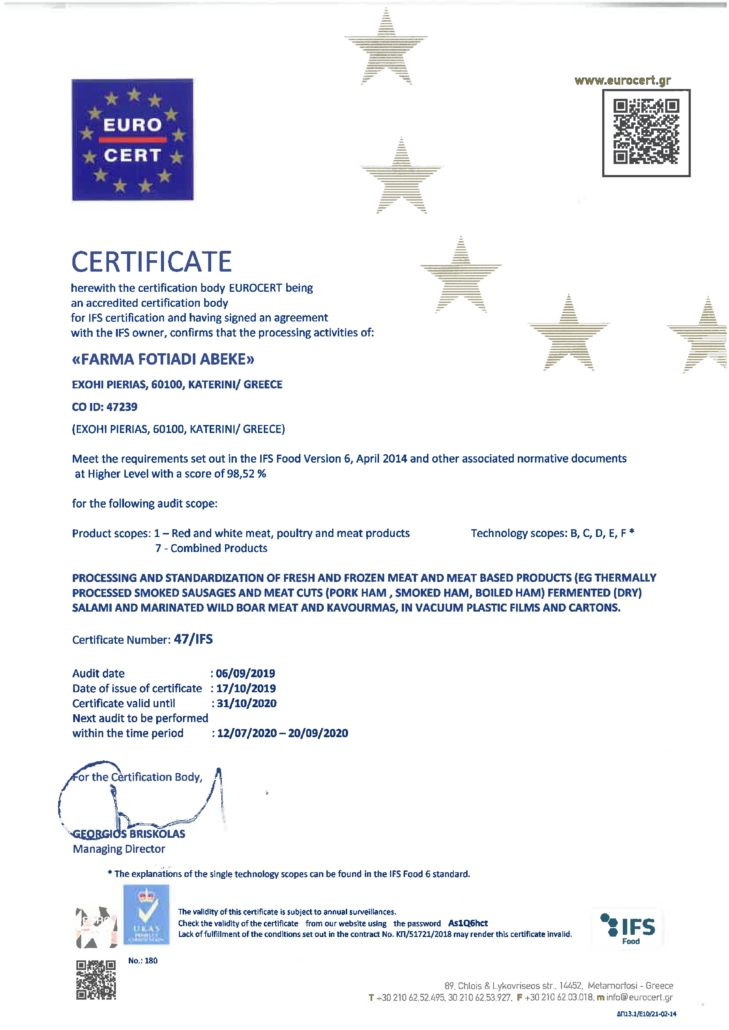 IFS Food Standard is a standard for auditing food safety and quality of processes and products of manufacturers. It concerns food processing companies or companies that pack loose food products. IFS Food Standard was developed by the German and France Retail Federation with the aim of creating a consistent evaluation system for all companies supplying retailer branded food products with uniform formulations. IFS Food Standard has been recognized by the GFSI (Global Food Safety Institute) as equal to relevant systems BRC Standard for Food, FSSC 22000 and SQF Code and it is based on HACCP principles, supported by detailed prerequisite programs, that is a set of GMP (Good Manufacturing Practice) and GHP (Good Hygiene Practice) requirements. Fotiadi’s Farm has applied the standard since the first half term of 2015 and in 24/04/2015 it obtained the IFS Food Certification. 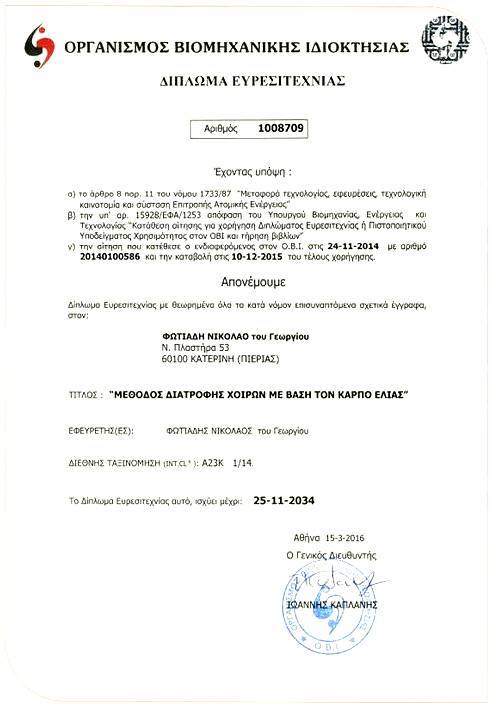 Fotiadi’s Farm holds the patent for the pig feeding method with olive by the Industrial Property Organization in 2015. Assurance in the association. 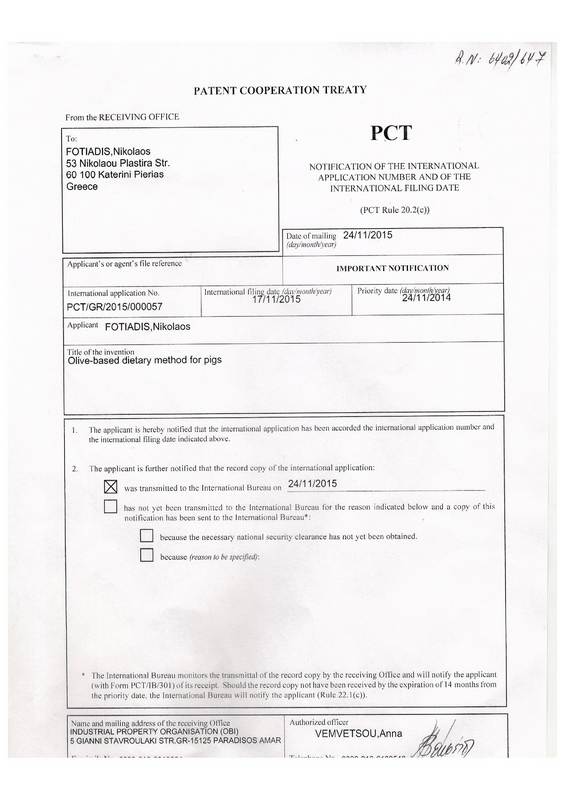 Fotiadi’s Farm, at the end of 2015, applied in the PCT – Patent Cooperation Treaty for the international protection of its patent for the pig feeding method with olive fruit.

2014 Applying for protection of invention 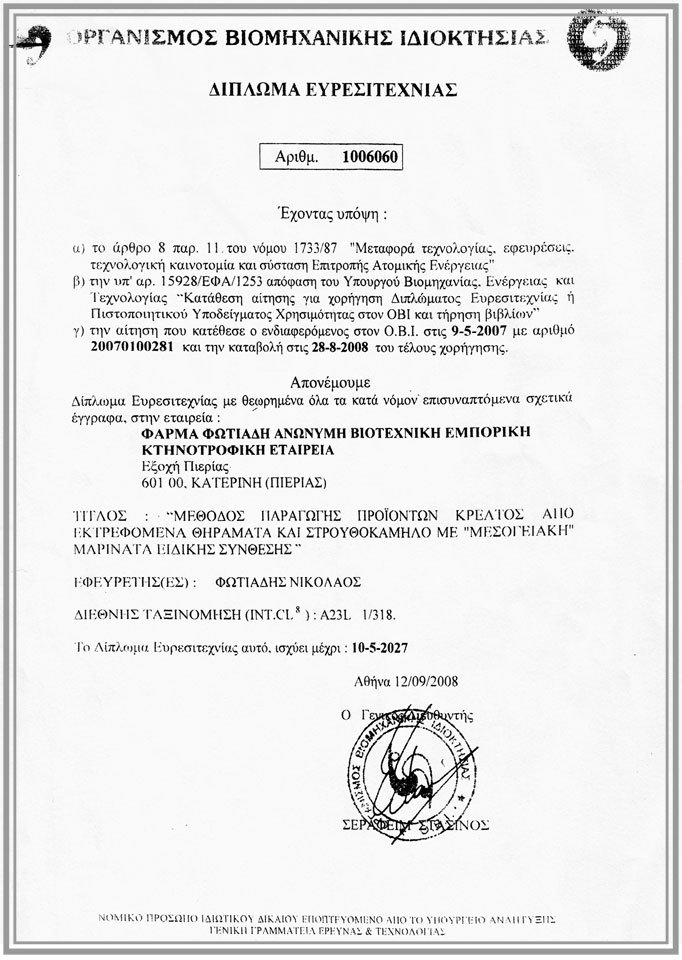 Fotiadi’s Farm holds the patent for “the method of producing meat products from farmed game and ostrich with the special Mediterranean marinade”. A process which by using olive oil, wine and seasonings softens and promotes the wild boar’s unique flavor, without the use of preservatives. 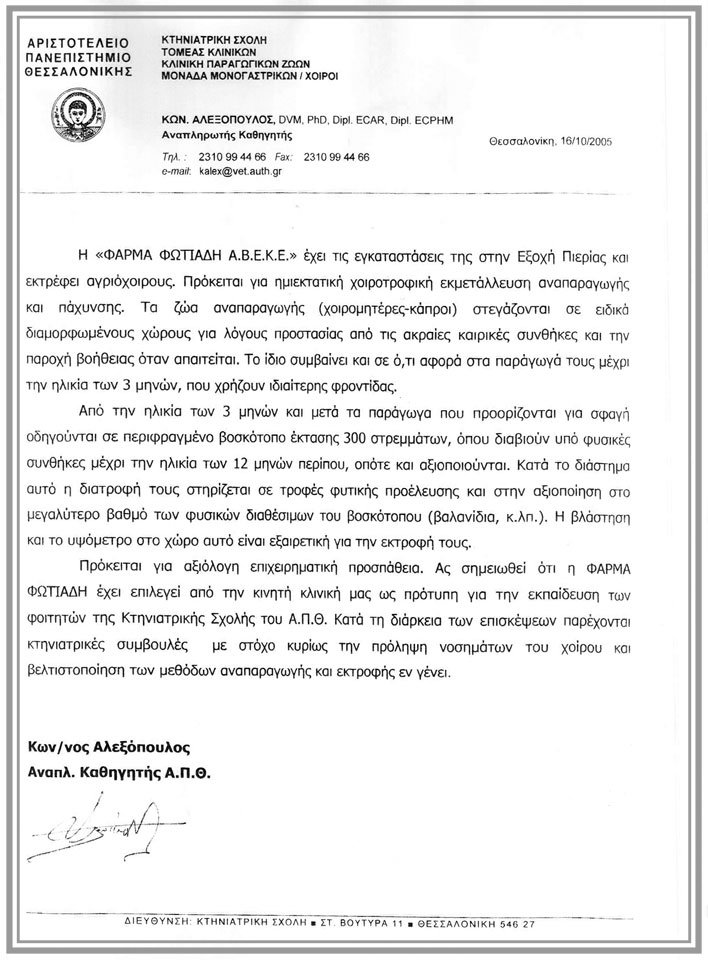 Fotiadi’s Farm has been selected by the ambulatory clinic of the Aristotle University of Thessaloniki as a standard for the education of the School of Veterinary Medicine AUTH students. During the visits, veterinary advice is provided in order to prevent pigs’ diseases and improve the breeding techniques. 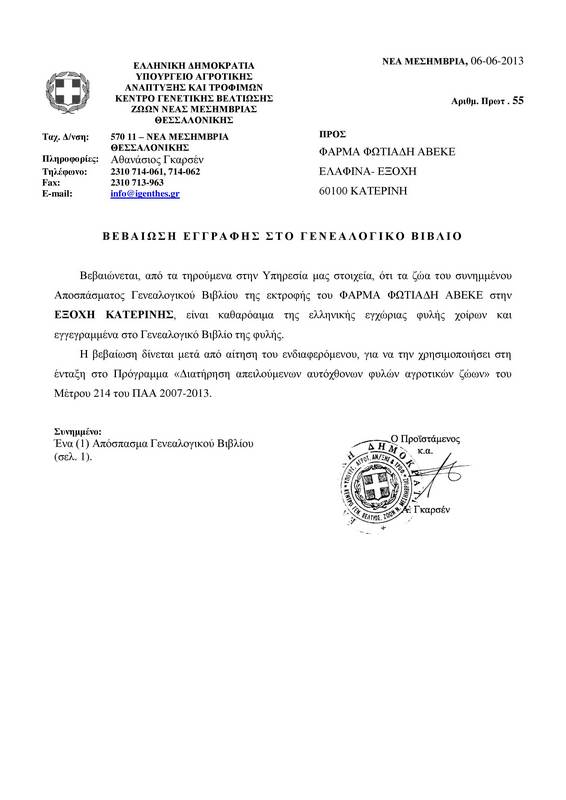